Congratulations to the winners in the 2012-13 Club Championship:

David Nelson (the Tournament Controller) has supplied the following final table for the 2012-13 Club Championship .

There are some players who do not appear on the list. This is because they have not played 8 games, which would generate a score for them. Those who have played 8 or 9 games, but not 10, are on the list. Ten games are required to qualify, - those that do not currently qualify are shown at the bottom of the list 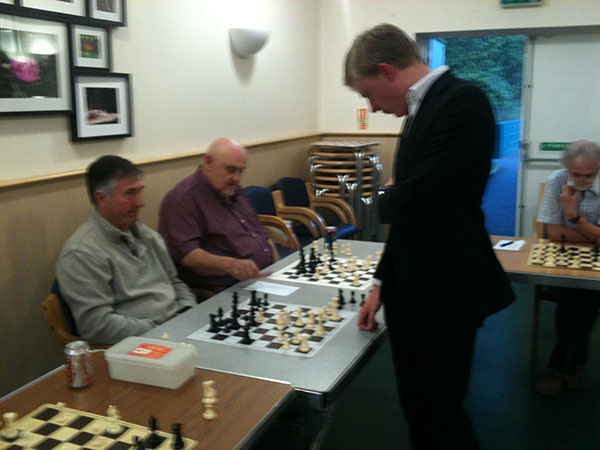 Congratulations must also go to Gareth Jones for his draw, and to John Davis for his win.

Entrants below 130 grade were allowed to choose whether to play as white or black.